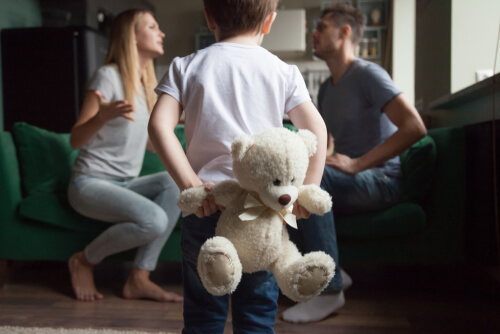 Jai is a dedicated family man with a beautiful wife and two young children who are both the apple of his eye.

He is highly driven and works hard to succeed but will always spend the evenings and weekends with his family. The only time he will compromise on this is if there is a work emergency.

He works for a company that’s experiencing accelerated growth, which means there are plenty of exciting opportunities for ambitious high performers.

Under his leadership, his current area of responsibility is outperforming the others. If he continues to perform like this and take on more responsibility, he will be up for a promotion next year.

Jai is beyond happy. He has a challenging, well-paid job which he loves and a great relationship with his young family. Life couldn’t be better.

An Opportunity To Step Up

One morning in September, Jai’s boss, Ian, stopped by his desk and asked him to come into his office.

Ian shut the door behind Jai as he entered so they could talk privately. Jai sat down in the chair opposite his boss’s desk, his back was straight, and he was focussed intently on what his boss was about to say.

Ian sat down in his seat with his elbows and forearms resting on his desk and his hands crossed. He then started to talk.

“Jai, you have done an amazing job in your area. The clients have nothing but praise for the work you and your team have done for them. With that in mind, I would like to offer you some additional responsibility.”

“I would like you to take over another area where we are struggling to deliver and get the clients back on our side. With your track record, I am sure you can turn this area around.”

Jai was overjoyed. This additional responsibility would give him the platform he needed for promotion.

“Ian, I appreciate the opportunity; I won’t let you down” replied Jai.

Jai and Ian both smiled, stood up and shook hands. A definite and firm handshake. The type you see in a movie when two businessmen agree a huge lifetime deal.

Jai went home that night excited to tell his wife about his new opportunity. His wife was overjoyed that he was being recognised for all the hard work. She grabbed his face with both hands and gave him a smacker on the lips.

Family Now Takes A Back Seat

Over the next few weeks, Jai started to compromise on getting home before his children went to bed. Initially, it was one night a week, then two and then every workday. He even started to bring work home at the weekend.

He was tired, stressed, and his tolerance levels were so low that he started to snap at his children and argue with his wife.

His relationships at home became stretched.

It was the same at work. There was a constant conflict with his new clients and his old clients that once sang his praise were now complaining as they no longer got any attention from Jai or his team.

Jai also ran around the office like this hair was on fire, which his boss and other senior leaders observed. They started to think whether Jai would survive at the next level.

What’s Going On With Jai?

Jai is an intelligent guy, he knows what he should be doing to scale, but he isn’t doing it. Something is holding him back. Something internal that is causing him to fail at work and home.

In Jai’s case, it is a fear of letting go of the detail as well as control.

Jai has to find a way to gradually delegate to others in his team so he can build up trust and finally let go of control. Thus, allowing others to grow under his leadership and freeing up bandwidth for him to focus on what he should be doing.

He also has to understand that he no longer needs to know all the answers but can refer to his subject matter experts when required in meetings or presentations, which allows others in his team to raise their profile.

Letting go of the details and control is a risk for Jai, but one he has to undertake in a way that makes him comfortable to succeed in the long run.

Jai Finally Breaks Through His Fears

The good news is that Jai decided to build a small leadership team and delegate accountability to them as well as let go of the detail.

After three months of Jai focusing on the relationships with his clients while coaching his team to do the rest, he is back on a promotion path.

But more importantly, he is getting home before his children’s bedtime and has regained his great relationship with his family.

We all have to overcome fears and limiting beliefs to be successful in our careers.

Which ones are holding you back?