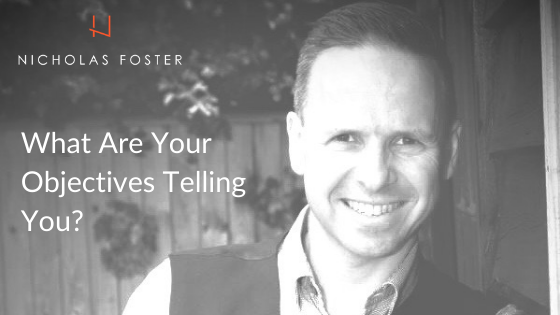 What Are Your Objectives Telling You?

Every year, I would struggle to get my performance objectives completed. I would procrastinate over them for days because I was trying to overcome an inner turmoil.

Deep down, I had a yearning to do something else. There was even a hint of excitement about it. But what was it? What else was I meant to be doing? I had no idea.

What the hell was I meant to put in these objectives that would seem authentic.

Each year, I would overcome the inner turmoil and write something that I could spin to be authentic when I discussed them with my boss.

What about you? What are your objectives telling you?

This year do the right thing for you and your family. Listen to what’s going on inside you and do something about it.